A downloadable game for Windows, macOS, Linux, and Android

Slhor is a horror, mystery and thriller game by an indie developer Ritvik Shukla, the game is inspired by the works of H.P Lovecraft in which you play as John Hawk, a retired detective, now a private investigator. The game follows John Hawk as he tries to survive the horrors of Slhor Island while maintaining his sanity. The game also offers choices which will change the certain events in the story.

This is episode 1 of slhor visual novel. You can play the demo here

People who played the demo :-

"This was really good, I like the atmosphere that they've got it's pretty decent...It has pretty good foundation for the story, I'm actually surprised." -Ionprime on Youtube

"So far, the game looks amazing and has a great storyline. The graphics are realistic and it is quite refreshing to see this type of game portrayed in such a beautiful manner.The only issues surrounding the game is the spelling of certain words."

"I played the full demo and loved it! I liked the style and the tempo of the story.
Curious to see how to story continues.  Sure will keep an eye on this horror novel!" -ButtonBashBros

Hi, I'm an Independent developer and this game took a lot of hard work, time and resources, Please consider purchasing it.

1 - If you want the episode 2 which is a lot more interesting and reveals the plot more.

2- This is my only source of income and in future I was planning to make more VN games.

3- I made this game from scratch on my own, from story to rendering then photoshopping, coding everything excluding the music was done by me.

4- I want to make something big out of this and I need your help.

THAT SCARED THE SHIT OUT OF ME.

I'D SAY LOTS OF JUMPSCARES, BUT GOOD GAME IN TOTAL. I GOT TO THE POINT WHERE CHARLIE GOT HIS EYES WEIRDENED AND DECIDED TO PRESS ALT-F4.

BUT GOOD JOB TO THE DEVS.

Thanks man, much appreciated :)

What engine did you use?

You made your own engine.

EDIT:Oh, no wait. You used renpy.

How did you get the graphics?

Loved the demo and now we love Episode 1. Great atmosphere and story.

Hi there, I am a youtuber and I hope to get some support from you guys by leaving a like and subscribe at my channel.

Hey creator, I apologise for being late to the party! Thank you for featuring my comment about the game from the demo and I really appreciate your heads-up comment for me to play episode one of SLHOR. I really want to donate to you but I am forbidden from doing so currently at my age ;-;. For SLHOR to gain more popularity, I recommend you to email to youtubers like John Wolfe or Markiplier as they have a series where they play Free Horror Random Games. I hope they will be willing to play SLHOR and promote it at the same time while enjoying it.

Regarding SLHOR (Episode 1), I am still amazed by the storyline and the graphics of the game. I am loving SLHOR right now and I feel very honoured to play this game. The new characters being introduced into SLHOR immediately intrigued me as to what abilities they have. I really liked how each character appears to have a certain set of skills which would benefit the team and am really impressed by the subtle cliffhanger at the end of episode one which is attracting players to continue playing the game in order to find out what will happen next after the close encounter with the monster.

Some improvements could be to add more options for more player interaction in the game as even though I can see an improvement in letting the player have more options as to whether to kill or not to kill in the game, there is still a lack of player and character interaction. Another improvement could be fixing some misspellings and for my last improvement suggestion, is to add voice-acting. However, I do know you do not have the budget to add in voice-acting into the game so its technically fine as it is now.

Thank you for reading my comment. Creator, I really love your game and I really want to assist you in your journey to making SLHOR a popular and impactful game but I have yet the ability to assist you for now. I hope that you would email to more popular youtubers like I mentioned before. If they love your game, it would be a plus point to you as well :). I wish you good luck in your future endeavours bro! Send me another heads-up message if you are done with episode 2 :).

Hi, thank you so much for playing episode 1 of Slhor and also for your honest review ^_^ the feeling of Slhor being played and reviewed by people is heart warming....  I've already subscribed to your YT account and I always leave a like on your latest videos :)

Thank you bro but I will soon stop posting videos soon as I need to go to school soon XDDDDDD. Its going to be very stressful for me in the future so I doubt that I will be able to make videos until the end of the next year, during the december holidays. :( Thank you so much for subscribing to me and leaving a like on my latest videos. It really means a lot to me and I really appreciate it. :)

Hey there, thanks for letting know about episode 1.  What can I say, I loved it. The phasing of the story is good. I love the monster design, and the small choices you can make ingame. Keep on the good work
and can't wait for episode 2.

Thank you for playing episode 1 :)

Thank you so much for playing!

This is the best VN game that I've played in a long time! I'm loving the way they're telling the story, it's thrilling & exciting! The end is making me really curious :( please upload the next episode soon!

Thanks for playing Slhor ep1 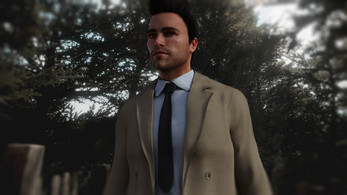 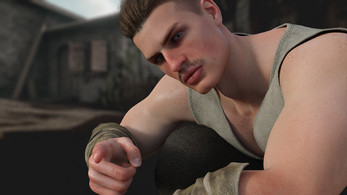 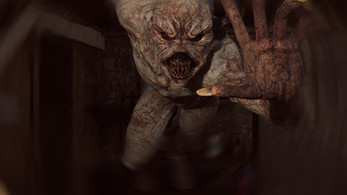 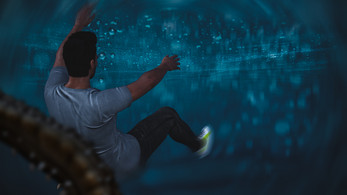 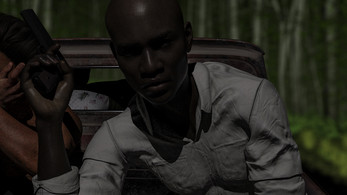 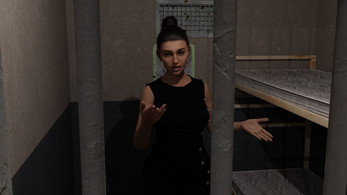